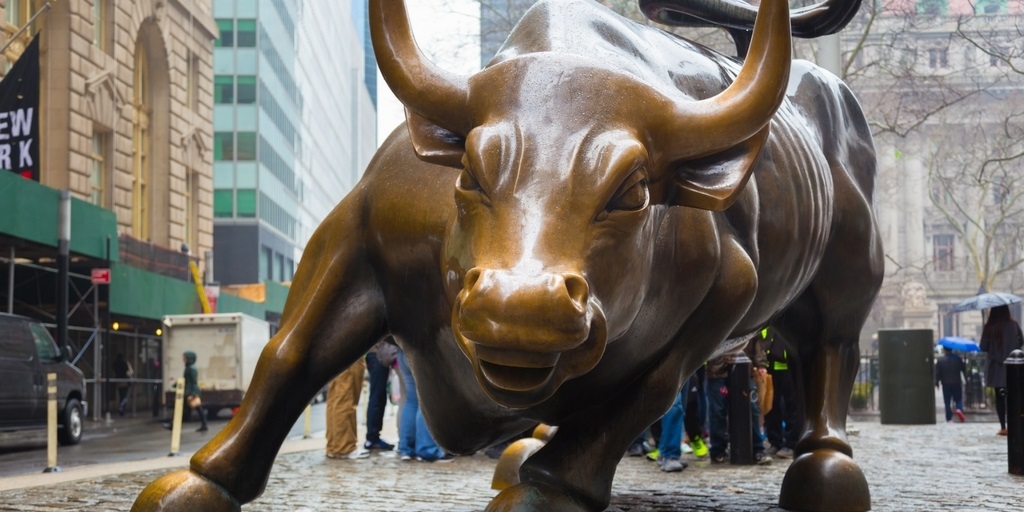 It seems like we just said goodbye to 2016, but but the first quarter of 2017 is already over! We ended 2016 with a tumultuous election, but Trump’s surprise victory launched an upward economic trajectory that has continued into this year. In fact, the economy has been improving to the point where the Federal Reserve felt confident enough to recently increase interest rates for the second time in three months. Here’s a look at how the rest of the economy is faring in 2017 so far:

Overall, U.S. stocks finished up 5% in the first quarter. Despite a slight dip at the end of March, markets have continued to ride the wave of optimism that sprang from Donald Trump’s surprise victory in November, commonly called the “Trump Bump.” The Dow has continued to set record highs since the election, and on January 25, just days after the inauguration, it finally surpassed 20,000. On March 1st, the morning after President Trump’s widely publicized speech to Congress, it shot up over 21,000. It has since fallen back down below 21,000.

We also saw a booming market in technology and healthcare, while only energy experienced declines. Globally, markets are growing and the Eurozone manufacturing readings are coming in at six-year highs.The European markets also soared after the Dutch Prime Minister’s defeat of his populist opponent and the U.S. Fed’s more dovish approach to rate hikes announced in March.

Uncertainty usually creates volatility in markets, and our new president surely breeds plenty of uncertainty. It was surprising then, that volatility not only dropped leading up to January’s inauguration, but the S&P 500 actually saw less volatility than at the previous two presidents’ inaugurations.

On the other hand, Europe is experiencing volatility alongside their ongoing Brexit discussions, and the British pound posted its best January since 2011 before falling amid threats of a new Scottish independence referendum.

Asia continued its borrowing frenzy in January, selling a record amount of bonds in the international market from Japan and India, perhaps due to international insecurity regarding the new U.S. president.

On the homefront, Treasury yields have fallen in response to the Fed’s expected rate hike and Morningstar’s bond indexes are up across the board.

Last year, the economy performed as its worst since 2011, growing only 1.6%. Many Americans are are looking to President Trump to boost the economy in 2017 with his proposed tax cuts, infrastructure spending, and deregulation

The good news is that unemployment is still low, currently sitting at 4.7%. Labor force participation rates inched up to 63%, and the number of unemployed people has remained the same at 7.5 million. Employment in the private sector grew by a record 298,000 jobs in February. Of those jobs, 106,000 were added in construction and manufacturing, perhaps in anticipation of President Trump’s economic stimulus.

The Federal Reserve announced in March that it would raise rates .25% to a range of .75%-1%. They are planning two more rate hikes this year since the economy seems to be heading in the right direction with inflation reaching 2.2% and a healthy job market.

What Does This Mean For You?

The economy continues to chug along in the right direction, however much hinges on the actions of President Trump and the results of other global elections. It is important to remember that we are now in the second longest bull market in U.S. history, and it cannot go on forever. Any number of things could trigger a market downturn, so it is important for you to prepare yourselves emotionally and keep your eyes on your long-term plan.

In times like these, it is vital to avoid chasing returns and instead depend upon a broadly diversified portfolio that accounts for your goals, time frame, and risk tolerance. No one knows what the future will hold, but with a solid financial plan based on well thought out investments, you can be prepared no matter what happens. We understand the challenges you face, from managing debt to saving for college and retirement. We want to help you find confidence and peace of mind regardless of what the economy does. If you think your portfolio needs a second look to account for the current economic climate, contact me at ernest_draper@fosterklima.com, or call my office at (612) 746-2272.

Ernest Draper is a financial advisor with more than 18 years of experience in the financial services industry. Specializing in innovative investment strategies and wealth preservation products, he works with affluent professionals, executives, and business owners. Along with his many years of experience as an advisor, Ernest is also certified as a Chartered Life Underwriter®, Chartered Financial Consultant®, Chartered Advisor for Senior Living®, and CERTIFIED FINANCIAL PLANNER™ professional. With these designations, Ernest has the advanced training and knowledge to understand complex planning strategies and techniques facing many successful people and their families. Based in Minneapolis, he is licensed to work with clients in Minnesota, Illinois, Wisconsin, Maryland, Washington D.C., Missouri, Texas, and Connecticut. To learn more, connect with Ernest on LinkedIn, email him at ernest_draper@fosterklima.com, or call his office at (612) 746-2272.